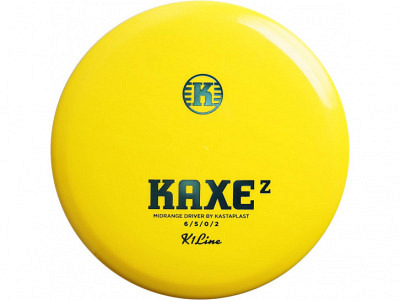 “THE Z” IS THE BEADLESS VERSION OF KAXE AND IS OFTEN REFERRED TO AS A SLIGHTLY SEASONED KAXE, FLIGHT-WISE. STRAIGHTER AND GLIDIER, BUT STILL DEPENDABLE AND KAXEY!

Just as with the original Kaxe we have called it a midrange driver, but it’s just as much a fairway driver. A multi-purpose disc. The Kaxe Z can handle a decent amount of speed and wind, but will also perform better than the typical driver when powered-down. With this disc we’re introducing the Z as in Zero, symbolizing less stability than the original mold.

K1 Line
K1 Line is Kastaplast’s super durable material with a nice combination of firmness and gumminess. Discs in K1 Line will appear in both solid and translucent colors.