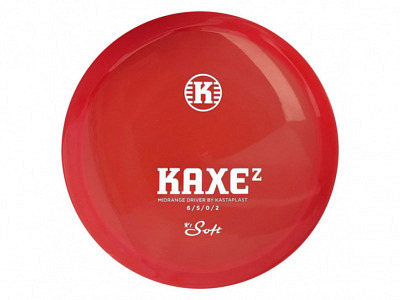 “THE Z” IS THE BEADLESS VERSION OF KAXE AND IS OFTEN REFERRED TO AS A SLIGHTLY SEASONED KAXE, FLIGHT-WISE. STRAIGHTER AND GLIDIER, BUT STILL DEPENDABLE AND KAXEY!

Just as with the original Kaxe we have called it a midrange driver, but it’s just as much a fairway driver. A multi-purpose disc. The Kaxe Z can handle a decent amount of speed and wind, but will also perform better than the typical driver when powered-down. With this disc we’re introducing the Z as in Zero, symbolizing less stability than the original mold.

K1 Soft
K1 Soft is similar to K1, but flexier and grippier. Just as with K1, this plastic comes in both translucent and solid colors.